I think social media is stupid, but the one thing it has managed to do, which I love, is expose celebrities.

Thanks to the fact that famous people don’t get how to use social media plus their complete accessibility, resulted in the unmasking of just how vapid they are.

I don’t really understand the obsession with Hollywood. From the start, it has been a cesspool of degenerates that were able to cover up their wrongdoings through crazy tough public relations people, buy offs and the public’s inability to contact them directly. (Though admittedly, they have made some great art.)

Well, thanks to social media, there is direct contact and the celebrities are not equipped to handle it. The publicists must hate their people using social media. Back in the day it was nice cookie cutter press releases, now it is just a shit storm waiting to happen.

It exposes just how vacuous and uninteresting these people truly are.

This is probably why these Gen Z kids don’t give a shit about movie stars and are far more into YouTube and TikTok celebrities.

Andy Warhol was correct with his future filled with fifteen minutes of fame for everyone. Now that this has come to fruition, maybe the new prediction will be we all become nameless nobodies that live normal lives as we did before the technological revolution.

Until then, let the demise of celebrity continue by their own social media handles.

Does This Make Any Sense?

So there’s this guy that I know that looks a lot like some celebrity.

I’m not even into the actual celebrity by any means.

However, this guy looks so much like the celebrity that part of me is just thinking, you should totally have sex with him.

I would actually be more apt to fuck the lookalike than the actual celebrity.

It seems like the more interesting story for later.

I am not quite sure that his makes any sense, but when has that ever stopped me before?

Perhaps, this will be a go.

Genius: (as defined by the Merriam-Webster Dictionary)

a:  a single strongly marked capacity or aptitude

b :  extraordinary intellectual power especially as manifested in creative activity

c :  a person endowed with transcendent mental superiority; especially :  a person with a very high IQ

Let’s start this off by noting that if you are famous or have celebrity in this current cultural climate you are definitely doing something wrong. To be loved by the masses and praised and hailed as something wonderful by 2015 standards does not mean you have accomplished anything outstanding or exceptional. Quite the contrary, all it means is that you lack integrity and favor notoriety over creativity. You are the epitome of style over substance. It does seem that these people who are thrust upon us are being described as the greatest minds around. The words, “genius” and “brilliant” seem to creep up in relation to, well, practically every person that has a massive social media following and is willing to participate in the Hollywood shuffle. I understand that in the last few decades the English language has undergone a complete bastardization, greatly in part to technology and the prerequisite for abbreviating everything, but can we all agree that the definition of genius should not be applied to some actor that regurgitates lines? Can we please reserve this word for people who are truly innovative and groundbreaking? I suppose this would be too much to ask. 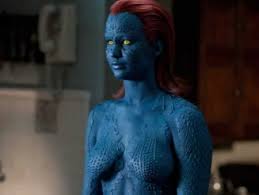 The big hacking of celebrities in the nude the other day is rather interesting for. I can’t imagine why any celebrity would even have any pictures in the buff on any electronic device after the big Scarlett Johansson hacking a few years back. I’m not saying that what happened to them is not an invasion of privacy. It really is awful; that feeling of violation just feels like you just got punched in the gut. However, they know they are susceptible to being hacked, can’t they control their need to sext? The only bothersome thing about the outraged celebrities is most of them have done some form of partial nudity whether it be in films, music videos, photo shoots or Instagrams. I get they aren’t showing pussy lips in these instances but they might as well be.

The other thing that will be interesting is to see if they will be able to trace the hacker. If the person who did it gets pinched, they will be doing some time in jail. Christopher Chaney, the guy who leaked Scarlett Johansson, received ten years. I would imagine the mastermind behind this 100 celebrities is looking at a lot more time in the clink. I am curious as to how much time would be slapped their way.

The only winner here is 4Chan. It just go a lot of free publicity. I’m sure the young kids knew about this but now the old fogies are aware. Maybe the person who hacked the celebrities was a marketing guru for 4Chan. If so, well played.

Have you ever had a really intense sex dream about a celebrity? You know the kind that while in your state of sleep it actually feels like real life? Aren’t they the best? I will tell you what stinks about them, is that they are super realistic in your subconscious but once you open up your peepers it is not real and it’s a total let down, like a dreamlike blue balling. That is why I believe that if you have a dream of this nature you should be allowed the opportunity to approach the celebrity that you dream banged and see if it could be a reality. There is no better feeling than making your dream come to life. How do I know? Well, not in celebrity terms but the last guy I used to sex, it all started with one extreme dream that I had. It was a super hot dream and I couldn’t get it out of my head and thus it was the catalyst to the real life sex which I must say was way better than the sex in the dream. The real life version put the dream version to shame, well except for the anal but anal is always better in a theoretical sense when you’re the one receiving the slip in. Sure not much else about that relationship was promising but to me it was worth it because the sex was awesome, I  mean I can’t speak for the guy, maybe it was awful for him but I stand by my statement that it was some good old fashioned hardcore fun and I have my dream to thank for it.

As for the celebrity proposal of making your dreams come true there have to be some rules. First and foremost, you have to have had a very life-like sex dream about the person, no phony, made up fantasy shit. You have to wake up from the dream and be on fire. Second, if the celebrity is married you have to come at them and their spouse properly. Example, I would have a sit down with Mark Cuban and his wife and explain the dream and what happened. If the wife gave the go ahead then I could go into more details with Mark Cuban and see his thoughts. I would explain this has nothing to do with gold digging or anything beyond the one time solid fuck because I think he’s hot and I had a phenomenal dream about his sex skills. If he was feeling it then we could bang it out and then mission accomplished you never come in contact again.

If it is a single celebrity you would pretty much follow the same rules as with a married celebrity. Example, let’s say I had a crazy dream about Amber Heard I would approach her with a, “Hey pumpkin, I think you’re a beautiful girl and I had this dream about you.” Then you could go into details about the dream and see if she was into what you’re all about. She could opt out and do the no thanks but I’m flattered option or she could be like let’s press our clits together. Either way, it is all done respectfully and no feelings are hurt if nothing goes down. This is all about there being a potential option of a dream coming to fruition.

Also as the dreamer, if you have a sex dream about a celebrity but don’t want to see it through that’s fine as well. I remember I had a doozey of a dream about Benicio Del Toro a few years back. Sure, Benny was hot in China Moon and The Usual Suspects and Swimming With Sharks and I know that he could probably really bang a bitch out, I mean we all know the Scar Jo elevator story but for some reason I have not one inkling of even attempting to see this through.

Lastly, if you have an intense sex dream about a celebrity who is dead you only have one option. I know this first hand as I had a very hot one about Greg Giraldo but he had already passed away. So I did the only thing I could, I masturbated like a mother fucker to the dream as soon as I woke up, not just because it was a selfish, self-gratifying thing to do but because I was also honoring the spirit and soul of the late great Giraldo.