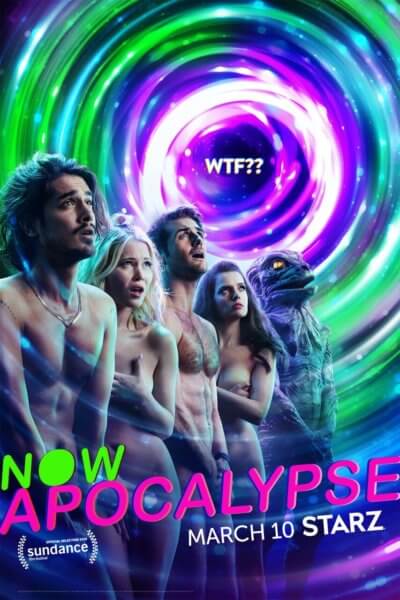 Now Apocalypse  is probably one of the best new shows I’ve seen in quite some time. I recently watched the entire season in the course of two days.

I was hesitant to watch this because they marketed this so poorly, they did it no justice.

My best friend in high school introduced me to the Gregg Araki trilogy which was mind blowing at the time. Araki, who also wrote and directed this show does not disappoint.

Lots of gratuitous sex and very dark comedy, what’s not to love?

Unfortunately, it does not look like there will be a second season. This is not surprising considering the combination of the poor advertising for the show and the fact that it is not comic book based or Game of Thrones-esque nerd garbage. (I watched the show till they killed off the best character and actor, King Joffrey played by the amazing Jack Gleeson.)

If you enjoy actual interesting, non-derivative, original content, you should watch Now Apocalypse.